Pushkar and the Camel fair. October 2017. 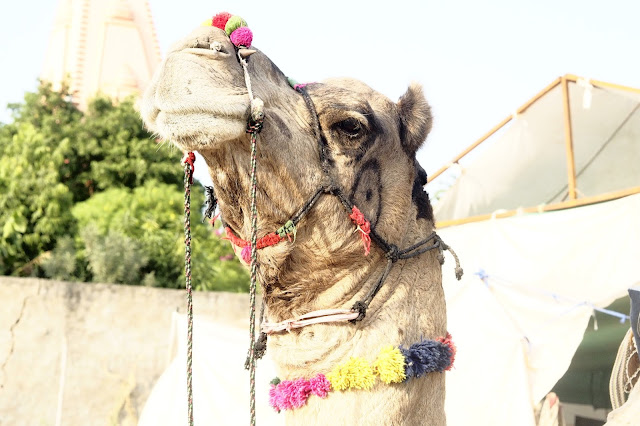 Arrival at the Pushkar Camel festival time from an austere Himalayan tranquillity is a jolt to the senses. 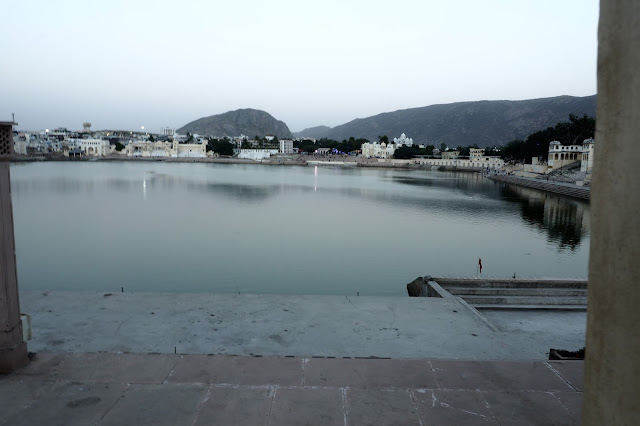 The population rapidly increases in this small lake side town when thronging pilgrims converge with the annual influx of camels that are bought and sold. The reasons for pilgrimage varies, though for Pushkar its the holy lake and Brahma temple.

Itinerant traders set up stalls along the urban periphery selling Camel accessories as well as other trinkets, garments. 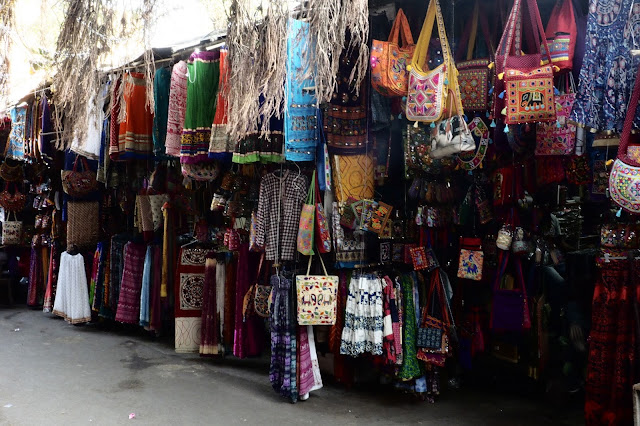 There's devotional singing and chanting, camel fair festivities, and popular music. However its the Rajasthan desert folk and their camels' that captures the imaginary of foreign visitors'. 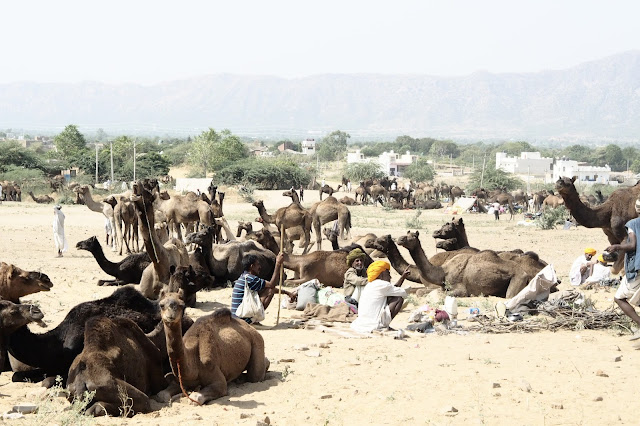 The short film gives an impression of the sense of place.