A synopsis of sculpture in Mammalapuram ranging from street artists who produce all kinds of forms for popular culture to the companies that focus on religious iconography. My first foray into the scene was with a street artist (article 10 pages).  The basics of stone sculpture is simple, however it becomes complex when  adding power tools to the process that began with a hammer and chisel. 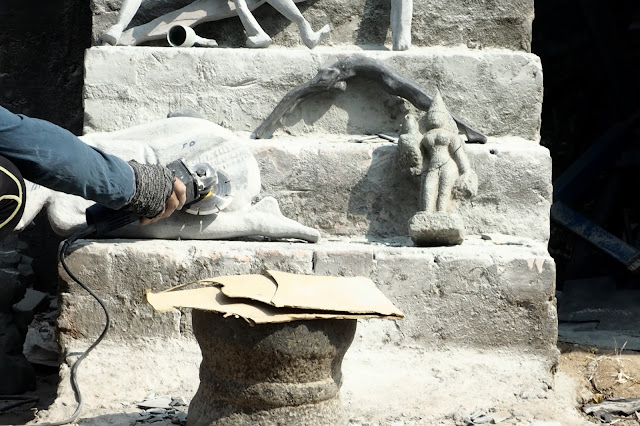 Sun, a little surf and the Sea shore temple.

Life on the beach (9 pages) at the historical port town of Mamallpuram that is situated in the state of Tamil Nadu, India. 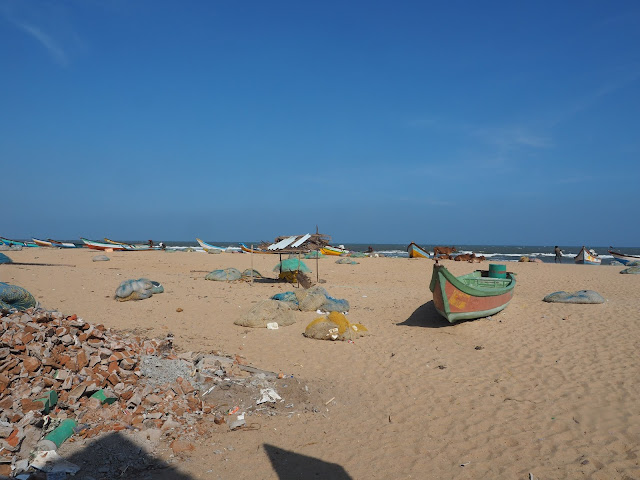 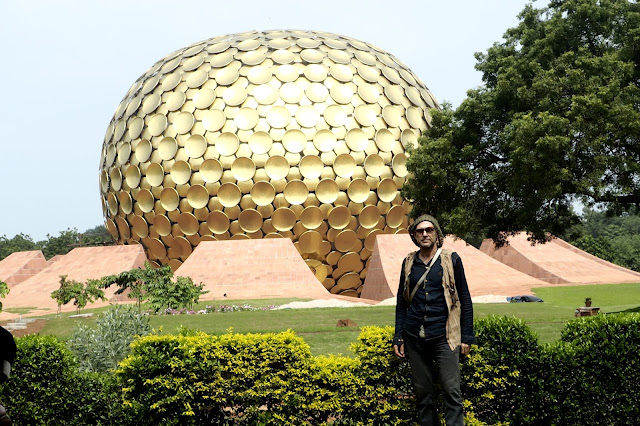 Pondicherry has a distinctive Indo-Franco style, and only four hours from Tiru. Upon arrival I caught a bus out of the CBD to the Auroville community.
Its a large area to traverse both physically and philosophically. For a complete picture there is a review of Sri Aurobindos philosophy.
Posted by Italo Giardina at 08:56

It was around mid morning that I arrived in Tiruvanmali after an overnight train from Hospit. The previous visit had been in 2004, and upon arrival I had to navigate through the rather large town with a busy network of streets. Vague recollections of temples and familiar cafes near the tourist precinct only hinted of the direction I should follow so it was necessary to take guidance from satellite navigation. 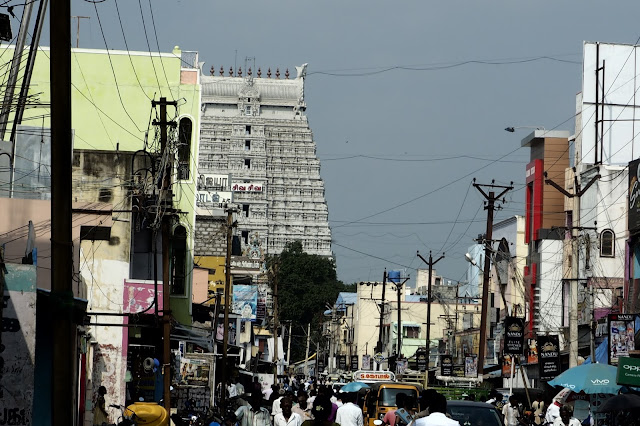 Tiru hosts an important south Indian temple that is one of five south Indian Shiva temples associated with classical Indian metaphysics. The Arunachaleshwar temple is dedicated to the element fire, and is situated within the city, taking up 10-hectares, which is one of the largest temples in India. 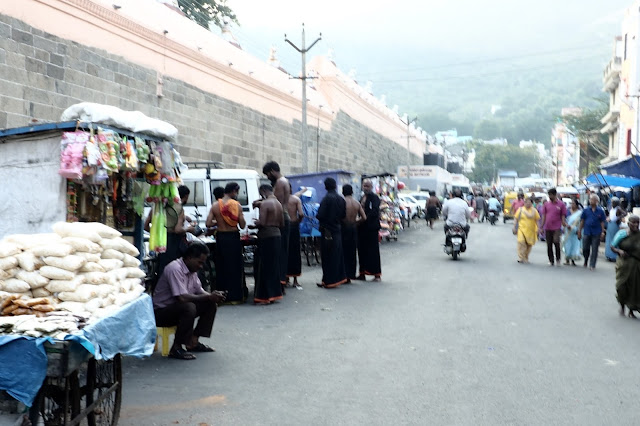 After navigating a maize of streets eventually I found the foreign tourist accommodation hub. Its just one street near the Ramana ashram. I found a small room in a house that's run by a couple of retired government employees.

My first days were spent checking out the scene around the sacred mount Arunachala. There is a plethora of Sadhus (professional religious folk) that throng the area along with householder pilgrims who come to circumnavigate the mountain. 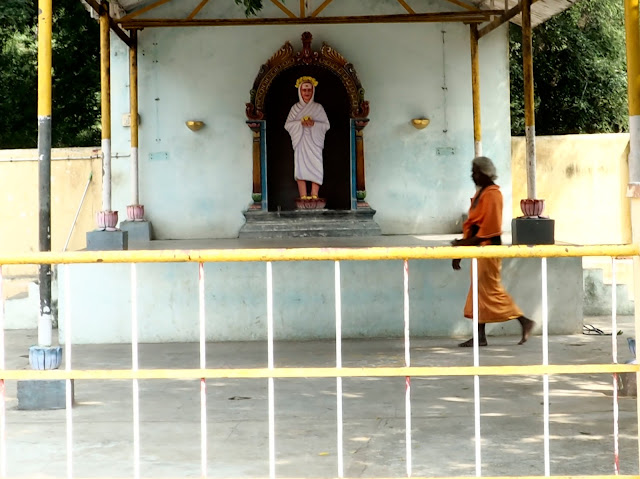 Upon visiting the Ramana ashram each day I found a basic routine that involved cycling around Tiru by day and visiting the bookshop in the afternoon where there are readers of the philosophical works of Ramana Maharshi's message. By late afternoon there is the opportunity to observe priests offer food and chant in the main precinct of the ashram. 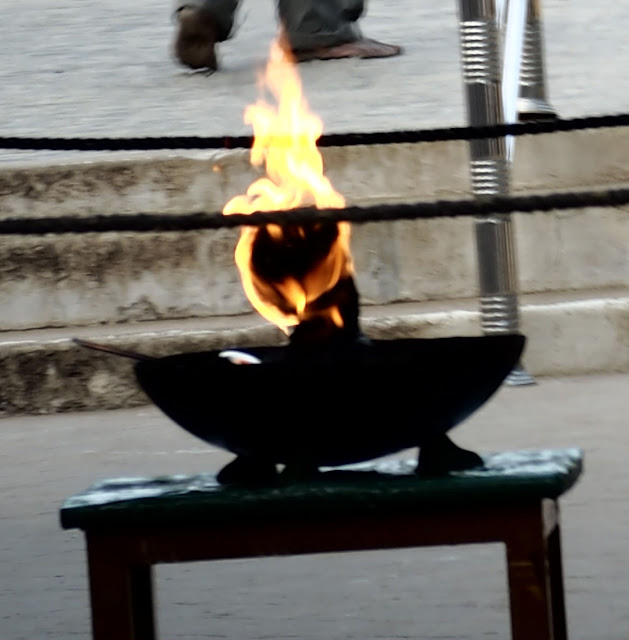 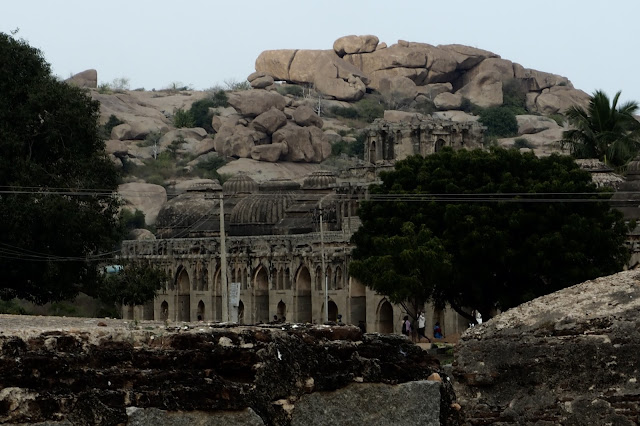 Hampi is located in the state of Karnatika which is not too far from Goa. It was about late afternoon when I began to cycle for Hampi which is around 15 km from the Hospit rail junction. As I passed the last shops at the edge of town, street lights made way for an unlit road. I stopped along the road side, scrambling around, trying to find a head light in one of the bike paniers. Then after a minute or so, a group of inquisitive onlookers appeared from nowhere.

The number of people speaking all at once made the encounter a blend of nice-to-meet exclamations and nonsense questions. Closing the pannier, I headed for the a near by lit up tea stall. However even this did not deter, as they followed me and continued with a melody of interrogatives and exclamations. Eventually, they went their way, and I was left to search for the light.

It was either head for Hampi or turn back to Hospit. I decided to press on because finding hotel accommodation is a challenge at the best of times, and particularly in areas not set up for the foreign tourist phenomenon. This is due to the requirement that hotels must have a special license to host non-Indian citizen tourists. So I checked for the turn-off, and then by coincidence a passer-by confirmed the directions. Though he ended up indicated that getting to Hampi is 'no'. So on reflection with my recent encounter I decided to turn back to Hospit and brave the accommodation scene.

There was a shelter next to a temple where Indian pilgrims and the homeless had set up to take rest. In emergency situations, train stations, and even bus depots can be rough but safe enough to stay if valuables are secured and no deep sleep, so keeping a high stress level in such areas is a basic requirement. The caretaker agreed that cycling to Hampi should best be done in day light.

The next morning I set off early into fresh air and pastoral scenes of plantation cane, bananas and livestock followed by their keepers. About 4 km into the ride the scene suddenly suddenly broke into a series of large boulders strewn across the field. As I proceeded to ascend the small hill, a series of monolithic rock temples appeared, then hordes of tourists, street stalls, and upon descent a river with lots of circular paddle boats, and a couple of ferries with one packed but the other nearly empty. The oddity was that both were heading for the same side of the river, leaving lots still to catch a ride. 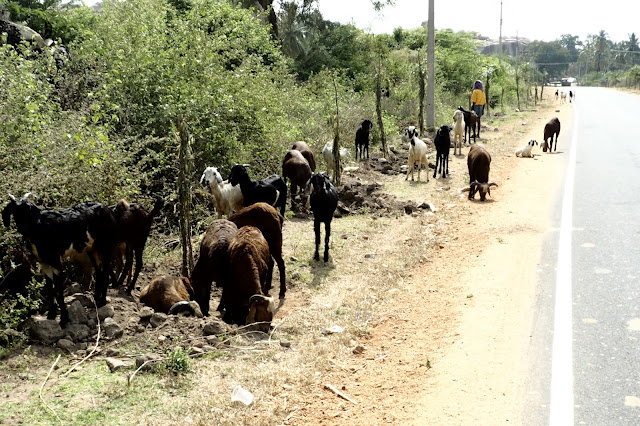 I was told on the Hampi world heritage side of the river that the ferry ride across the river is frequented by travelers', so I decided to take the ferry and check it out. This short boat trip turned out to be a lesson in political economy. Only two licensed boats operate (each by different company) and although at times one side of the river has a large crowd needing transport only one boat will pick-up whist the other boat will return empty and only pick up from the other side. 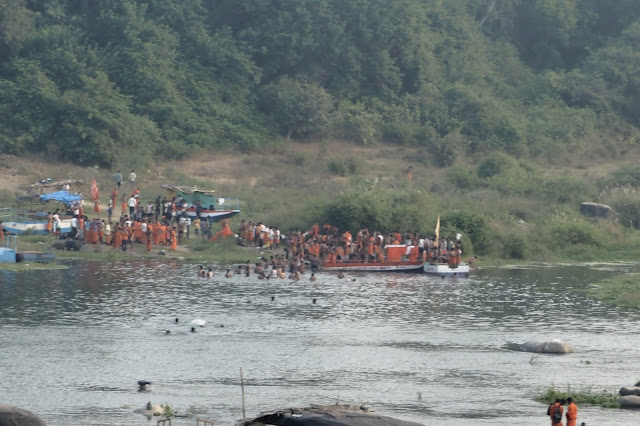 This is due to an agreement each company has struck up the other. Its based on some economic principle so to avoid the downward slide where competition would make it worse for both groups if they competed for market dominance. The duopoly is not so good for consumers because there's an extended wait for a ride, and a relatively high price for a short ride across a narrow river.


It took a day to settle in with all the usual demands of tourist life (article with 10 pages, scroll to view all). Where to eat, what to do, how to find stuff, when to catch the ferry. This side of the river offers a host of side adventures like boulder climbing, themed cafes, musical instrument playing, therapies, street art. 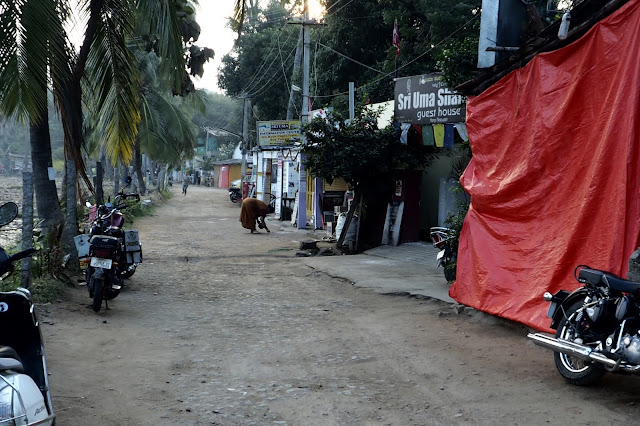 The first days world heritage sojourn was on foot. I roamed around aimlessly, with a vague intent of being anachronistic, in a social/cultural historical sense, but most likely was just a need to take rest in nostalgic spaces.
The next day I cycled around the vast area of restored and crumbling relics (article with 10 pages). There were electric vehicles that zoom around, though a bike gives lots more independence. Around five pm its a dash for the last ferry ride. 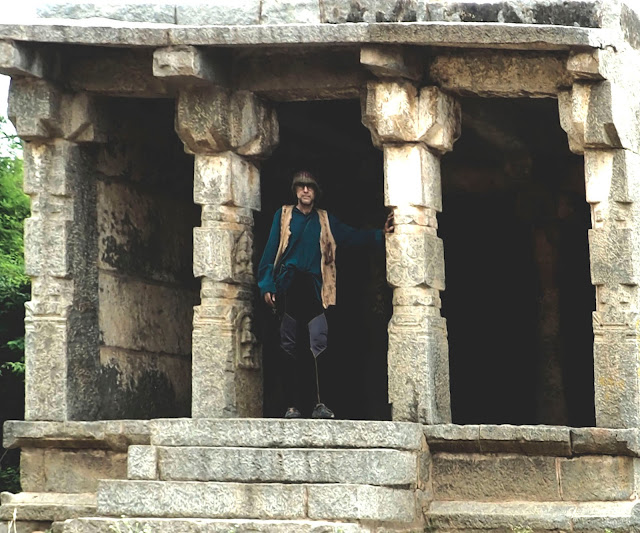 I have created a website of the photographs from this period as well as a site that relates to the artworks generated from this encounter.