A sample of two sacred river centers in the state of MP, India. November 2017.

Ujjain and Omkareshwar have both river systems that are sacred to Hinduism. Ujjain is a major modern urban center as well as having a river that's a pilgrimage site for Hindus. 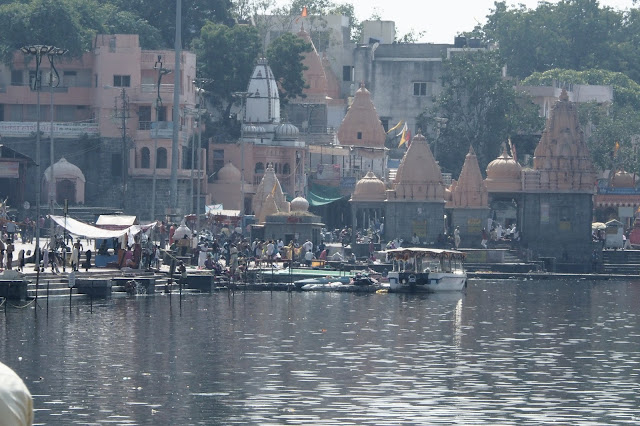 Sacred river at Ujjain where pilgrims bath at the Ghats.

Omkareshwar in contrast is an island village surrounded by water. A short film depicts
sacred/secular activity. 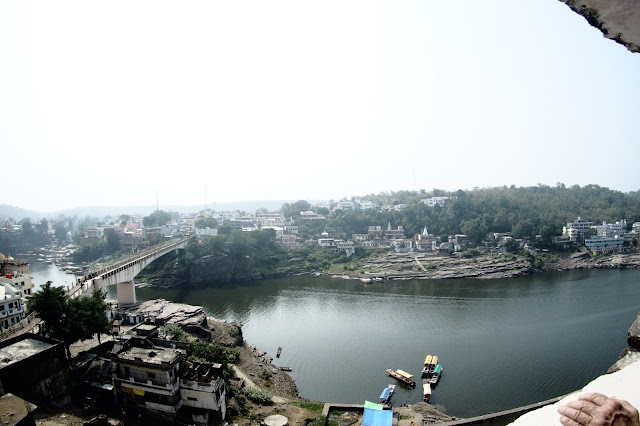 I visited many temples in Ujjain, this one has two black stone towers with dazzling lamps. 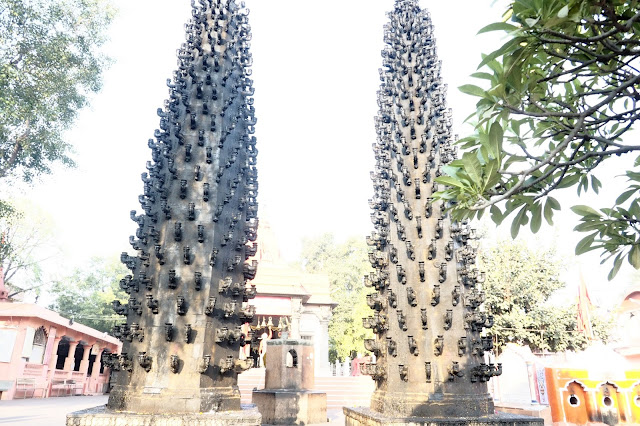 However, in contrast, its the road side shrines that place Omkareshwar in another category, and one that demonstrates how broad Hinduism can be through modes of expressions and activity. 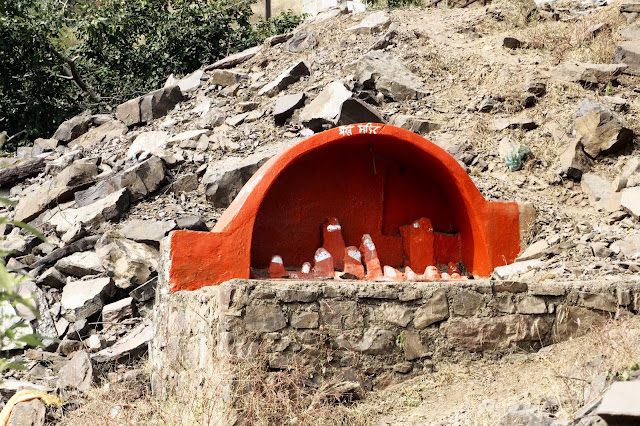